SPEECH BY DR VIVIAN BALAKRISHNAN, MINISTER FOR THE ENVIRONMENT AND WATER RESOURCES, AT EARTHLINK NTU’s GREENFEST SYNERGY 2015, ON 23 MARCH 2015, 11.40AM

Never again in our lifetime will one man’s values and vision have such an impact on a people and a place. 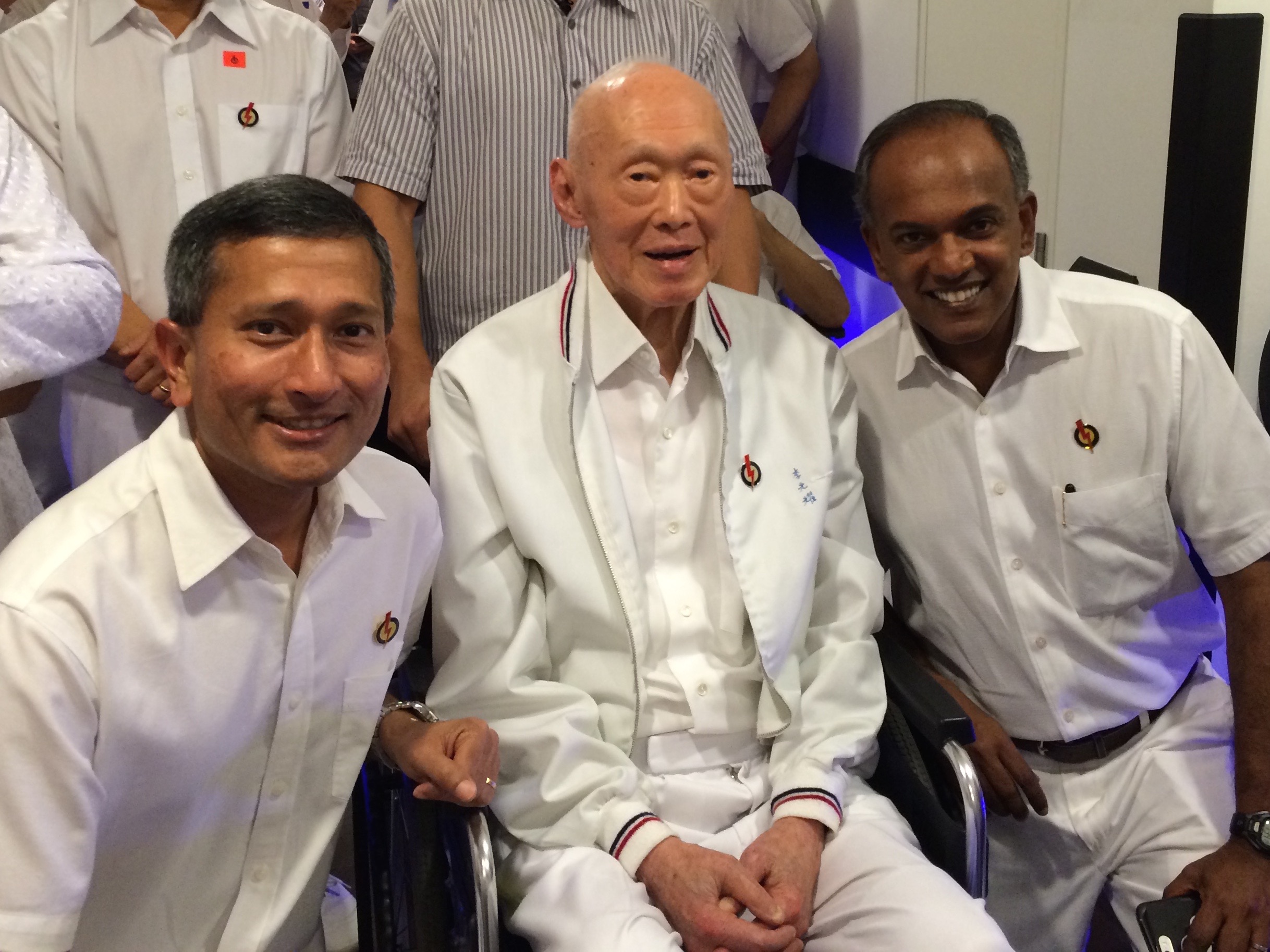 We all woke up this morning to the bad news. And obviously, one of the considerations was which events do we proceed with as planned, and which do we postpone or reschedule or cancel.

I decided to be here because Mr Lee Kuan Yew would have wanted us to proceed with this event.

This event is special for several reasons. It involves young people. It involves energy efficiency and the greening of Singapore. It relates to the future of Spore and the values underlying our existence. All these factors were important to Mr Lee and his vision for us.

Mr Lee Kuan Yew had never missed a National Day Parade. In 2008, he was invited to the Olympics opening ceremony in Beijing, which happened to be on 8 August. We attended it and then had to catch a red-eye flight back. I remember the flight was delayed, so we left Beijing at about 2am, on 9 August 2008. He told me he had to get back on time because he had never missed a National Day Parade. It was a red eye flight, and we did not really get to sleep much. He did not sleep, and I remember he was seated in front of me having breakfast. I could not resist getting up and going to him to say: “Mr Lee, thank you so much for the country…that we even have a country, and that we can call ourselves Singaporeans.”

He was not a touchy-feely, sentimental sort of person. He looked at me, as usual, with direct eye contact and said, “We have got to keep this place going and keep it flying high. And it depends on the next generation.” That means all of you. So you see, for him, every waking moment, every thought, and I suspect every dream, was for Singapore and Singapore’s future. And his deepest concern – the young Singaporeans. That next generation that would keep Singapore flying high. In a sense, being here today in NTU and speaking to students….I think it is something that I am sure he would have wanted us to continue. That is the first point.

The second point is related to why I am here today. I can share another story. Mr Lee – we used to say he lived in a different time zone, meaning he slept very late. That is why sometimes when phone calls came they would come after 12 midnight. I remember one particular phone call after 12 midnight and it was not really about matters of state. It was about his wife. I used to be an eye surgeon. His wife had a stroke then and it affected the left half of her visual field. Imagine if you have a problem with the left half of your visual field, reading becomes difficult because you can read to the end of the line, but you would have difficulty finding the beginning of the next line.

I also do not sleep much or early, so I went down to the house and tried to make some adjustments to the computer settings. I was not very successful. But I learnt two things that night. One is when I went there and saw their room - you know, it was the most spartan room and house I have seen. And it dawned on me or rather it made me realise how thrifty, how practical Mr Lee was. No place for pretentiousness or extravagance.

He was thrifty and this was a lifelong habit. A lifelong principle that he practiced himself. That is why the accumulation of money and luxury meant nothing to him. Of course, we have to be very careful with money and very thrifty. He would never tolerate unnecessary wastage of energy, lights and water. Resources have to be saved, invested and transmitted to the next generation.

In a sense, the project you are launching today, on energy efficiency and thrift, on being aware of how we acquire, use and spend our precious resources, are also very much in keeping with the lessons I learnt that night.

Another lesson. I went home that night and told my wife, I have seen true love. Total devotion. I told my wife - he ‘spoilt the market’, because I do not think any of the husbands I know would be able to match up to that level of devotion which I witnessed first-hand that night.

We look at Singapore today and recall Mr Lee. We proudly call ourselves Singaporeans. Never again in our lifetime will one man’s values and vision have such an impact on a people and a place. He stood for integrity and believed in a multiracial, meritocratic, equal, fair and just society; in leaders having a sacred responsibility to discharge; in family and community and collective responsibility. All these are values that we almost take for granted in Singapore today. That we will have an honest government. That we must have competence and high levels of excellence in everything that we do. That we are all equal citizens, regardless of race, language and religion. If you go back fifty years ago, these were not settled conventional wisdom.

On vision - 50 years ago, being green and careful with the way we expend energy and water was not fashionable. Way before it was fashionable, and this is an example of foresight and vision - he said Singapore has to be green. We will be a Garden City, and later on, he transformed that concept to a City in a Garden. All this at that time when Singapore was much less well off and had far fewer resources and facilities. He said we must give our people clean air, secure safe sources of water and safe orderly streets. And to supply reliable power all the time.

The fact that we take all these things for granted today is testimony to his vision. And just as important as vision, the ability to execute.

And so it is a difficult day because our bright light has gone off. But it is also a day to reflect on what that light has meant for us, our values, identity, legacy and our future.

So I want to thank the students and organisers for this event. Even as we mark your event, I hope you will appreciate that this in fact part of a larger vision and a longer narrative. And as we do so, let us remember our founding Prime Minister, Mr Lee Kuan Yew.

Thank you all very much.