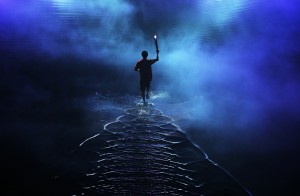 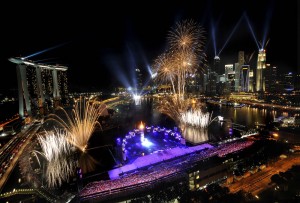 THE Youth Olympic Games held in August 2010 was the largest and most complex international event ever organised in Singapore. It involved more than 7,500 athletes and officials representing 204 regions around the world contesting in all 26 Olympic sports.

There were over 50,000 volunteers, staff and contractors responsible for the Games.  More than 280,000 spectators caught the action live on the ground, whilst the International Olympic Committee estimated a media reach exceeding 266 million people worldwide and a marketing value of S$56.7 million. The event also generated S$60 million in additional tourism receipts for Singapore. The YOG was a major branding opportunity for Singapore. It showcased a beautiful, vibrant city with excellent infrastructure and people with good organisational capability. Singaporeans proved we are confident, talented and warm people, capable of hosting the world with dignity and grace. We would possess top-of-mind recall when multinational companies make investment decisions or when Singaporeans and local companies are pursuing opportunities abroad.  The YOG catalysed the performances of our top youth athletes who proved they could compete with the world’s best. Their determination, self belief and grit captured the imagination of Singaporeans and rekindled spectator interest in sports, as evidenced by the overwhelming demand for seats at the competition venues. As a legacy of the Games, Singaporeans now also enjoy a number of new and upgraded facilities of international sporting standards at these competition venues.  The initial budget was insufficient to meet the specifications of an Olympic event of this magnitude. The revised budget was approved by the Government and announced before the Games. To put things in perspective, the YOG was one third the size of the Summer Olympics, but our expenditure was less than 10 per cent of the most recent Games. The budget for the YOG did not in any way affect MCYS’ expenditure in other areas, including assistance for the needy.  Given that this was the first time we were organising an event of such scale and complexity, we encountered problems and made some mistakes. However, all errors were detected early, rectified promptly and communicated openly to all stakeholders.  MCYS is grateful to all the athletes, volunteers, officials, staff, contractors and countless Singaporeans who came forward to make the Games a success because they were proud of Singapore. That was why Jacques Rogge, President of the International Olympic Committee, said: “Singapore ranks right up there in terms of the best Olympic Games I have ever attended.”